Tonight, I had the chance to go to the Rogers Cup presented by National Bank for an evening filled with sport. This year, Toronto is welcoming some of the best male tennis players from all over the world to the Aviva Cetre at York University organized by Tennis Canada. This week, be sure to drop by the National Bank booth for games and giveaways!

Throughout the tournament, there are also a ton of on and off-site activities to do that are great for any age. From sipping cool drinks on the rooftop of the National Bank Booth, to indulging your sweet tooth in the freshly made Lindt chocolate and much, much more. There is also a variety of onsite dining and shopping options to pick up something in between the matches. And if you don’t have tickets to the Centre Court, be sure to drop by to watch the pros on the Cynamon Family Practice Courts or stop by and see a match on one of the grounds courts. 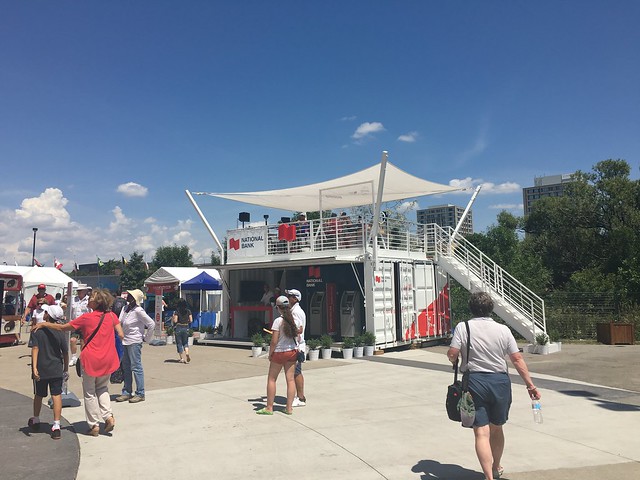 Giving back to their community, the National Bank launched their On The Ball program in 2006 that recovers used tennis balls and transforms them into chair slippers to create better learning conditions for children. By distributing tennis balls to schools and school boards in Quebec and Ontario, the balls are transformed into chair slippers which reduces the distracting noise produced by chairs and increases student concentration. In 2013 alone, 185,000 tennis balls were collected for 143 schools across six school boards. More than one million tennis balls have been collected to date. 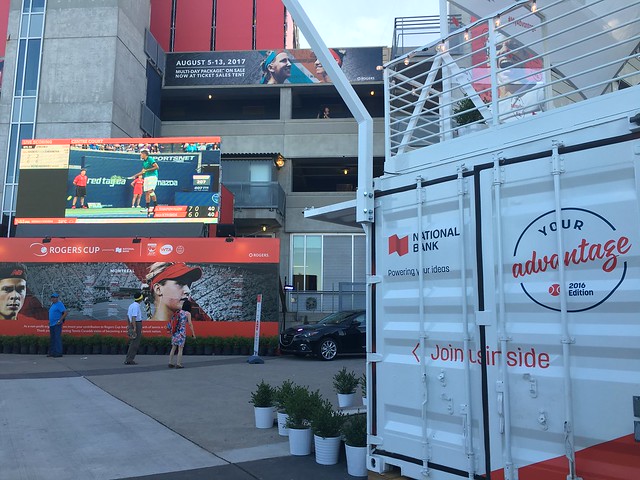 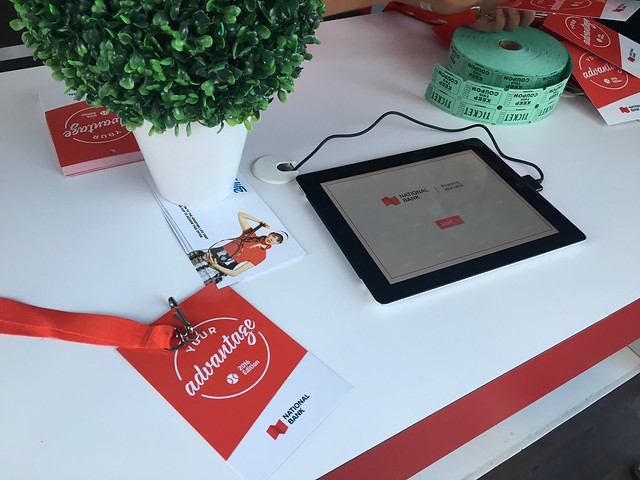