It’s sad that so many cancer stories exist in the world but one of them is really important to me. This story is my mother’s story and it was a horrifying and scary journey that we faced as a family and somehow managed to come out of it as stronger women. In March of 2011 my family was helping my maternal grandmother recover from extensive surgery to remove part of her brain that had become a host to not one but two tumors. These tumors were putting severe amounts of pressure on her nervous system causing her to have multiple seizures. It was at this exact same time that my mother, Rose Mohammed was diagnosed with metastatic carcinoma which is a really fancy way to name a type of breast cancer. My mother’s only thought was, “How am I going to take care of my mother?” 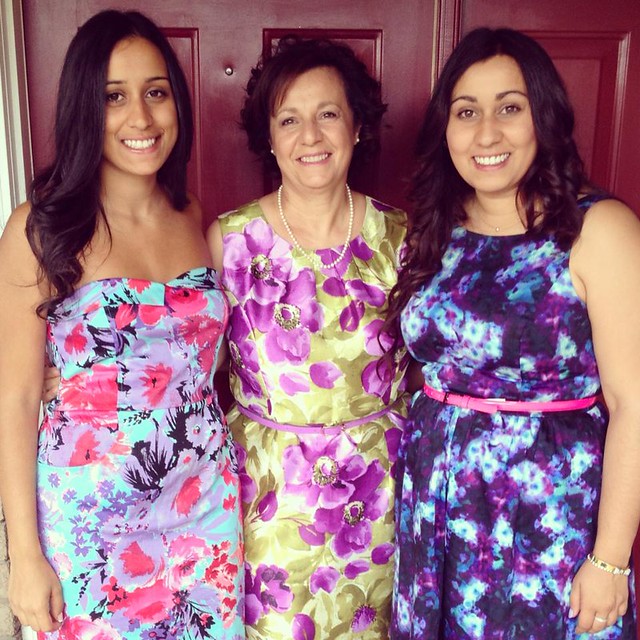 We had a lot to figure out as a family, but we knew that this was definitely going to be a hard road ahead of us. In April 2011 my mother underwent surgery for a lumpectomy – this was just the beginning. Immediately after the surgery my mother’s treatment plan was pretty aggressive and hard to keep up with. She had six rounds of chemotherapy and 30 radiation treatments all together. Those numbers don’t sound like a lot but it was – the chemotherapy was horrible. To watch her deal with the side effects and the constant nausea and emotional rollercoaster it put her through was a living nightmare.

I have always looked at my mother as a strong and caring woman always giving others too much of herself – but this was her time in need and still all she could think of was how to help her own mother. Well, you may be happy to know that my grandmother was making a shocking recovery. We weren’t sure if she would walk, talk, or even be able to move. Somehow this woman pulled it together and we were able to rehabilitate her back into her own home with an almost full recovery. Of course there are still some ongoing issues but with a lot of physical therapy and constant practice she was able to recover while my mother was battling the fight for her life. 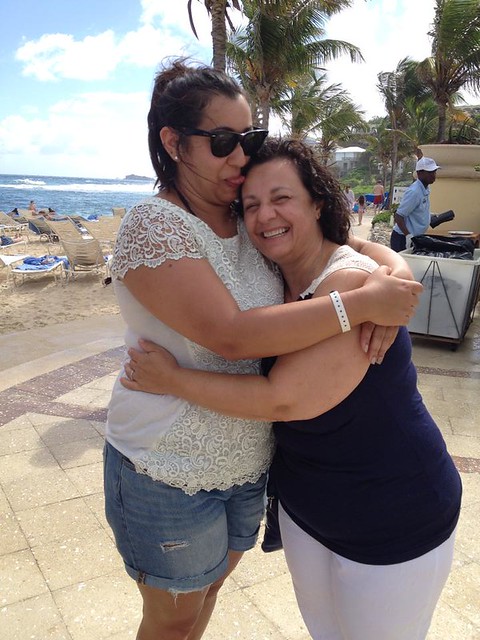 For me it never really sank in at first, I was too busy trying to figure out what had to be done next to ever really realize that maybe she wouldn’t make it through this. I was always hopeful and extremely optimistic part of me hopes that that helped my mom but the other part of me realizes that she needed to find her own way to deal with this. What she went through isn’t a distant memory to her because there is still constant reminders of it, and she is still dealing with the after affects.

18 months. That’s how long she underwent treatments. But 18 months doesn’t seem like a long time to some, but going through that, it felt like an incredibly long year and a half. However, in 18 months we received the news that my mother was now in remission. September 2012 was when we got this news – but the struggles didn’t stop there. My mother needed to understand her sickness and obviously it is still hard to understand the repercussions of it. This disease didn’t just attack her physically it became a mental issue too.

Part of her ongoing therapy to deal with the after effects is her participating in Shopper’s Drug Mart One Walk to Conquer Cancer which benefits the Princess Margaret Research Centre; this centre was responsible for treating my mother’s cancer and is still responsible for treating her while she is in remission. This year marks my mother’s THIRD walk! And I couldn’t be more proud of her, this walk empowers her, it lets her feel like she is making a difference because she is. In the last three years my mother has raised $8,100 for cancer research and support. She is continuing to find ways to kick cancer’s butt by continuing to raise awareness and money for research.

Want to help? You can donate to my mom’s goal here. 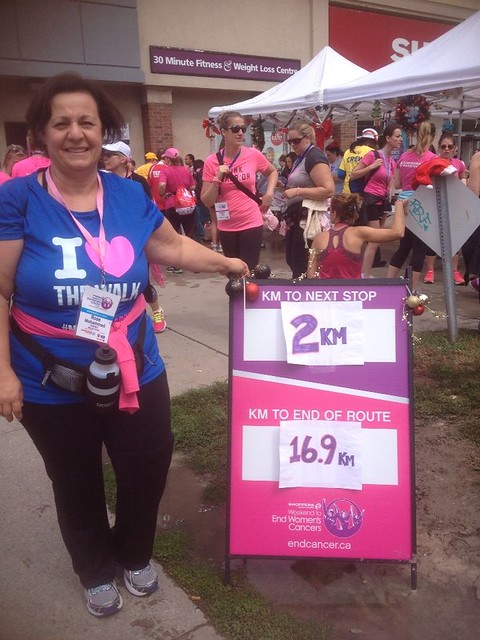 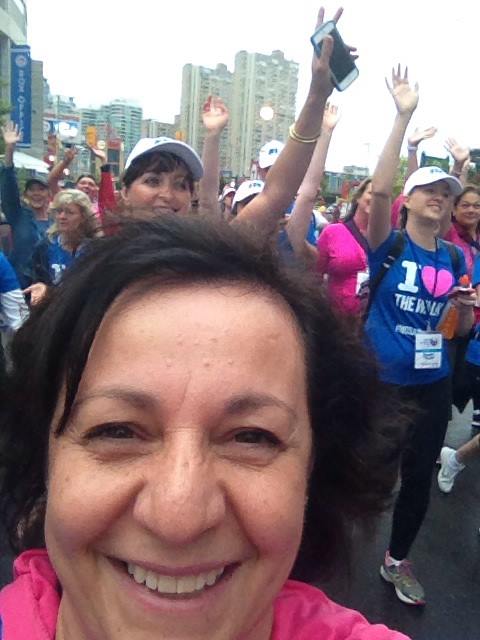