Street style is the fashion that emerges and is inspired by everyday forms of expression through clothing. Shifting the way we see fashion off the runways, the growing popularity of street style photography helps document what people are really wearing. Toronto based street-style photographer Walking Canucks has captured the diversity of the Toronto fashion scene through his images. This multicultural city has integrated a wide range of cultures and ethnicities from all around the world creating a unique fashion community. Walking Canucks goal is to capture the well-dressed people through the viewfinder on his camera. This collection of street-style photography documents the interesting facets and the freedom of expression people find through fashion and style. 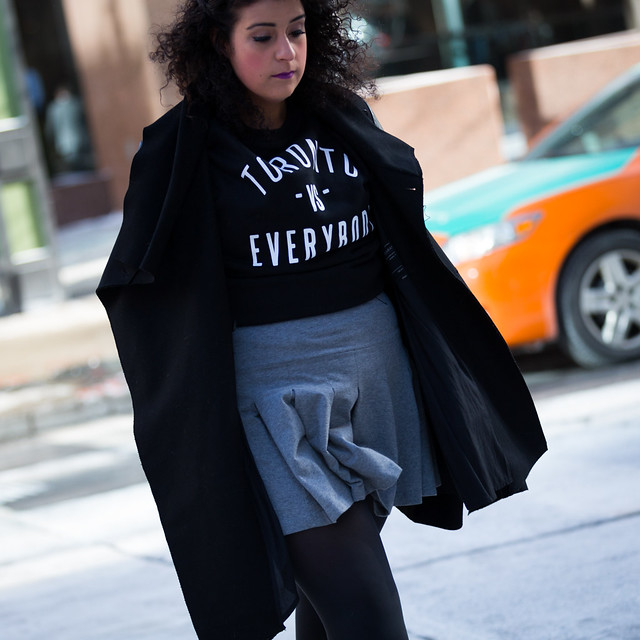 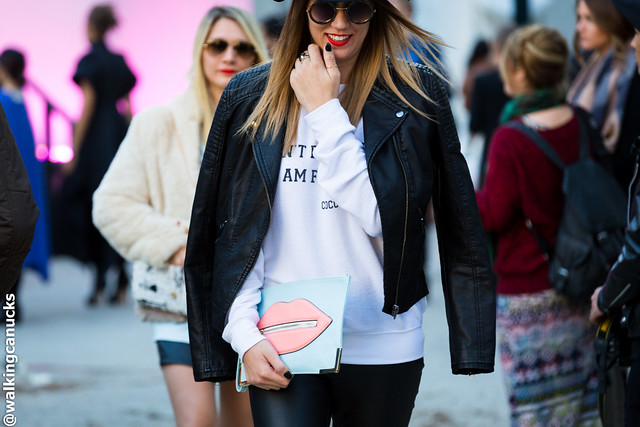 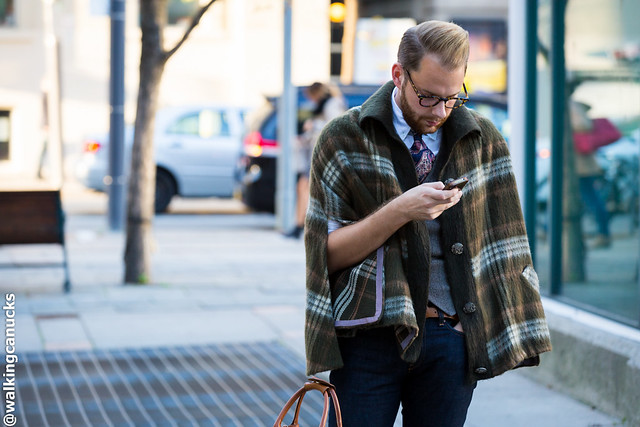 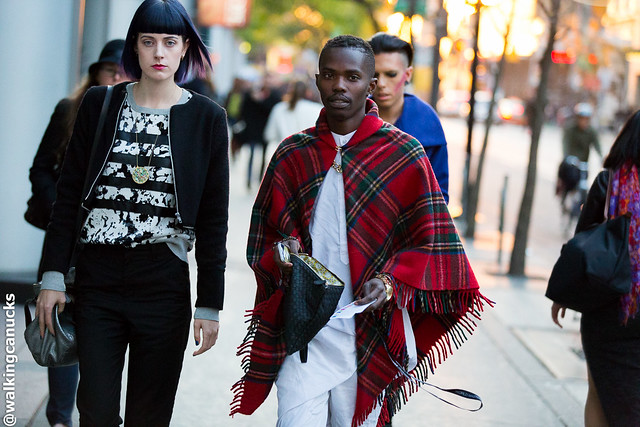 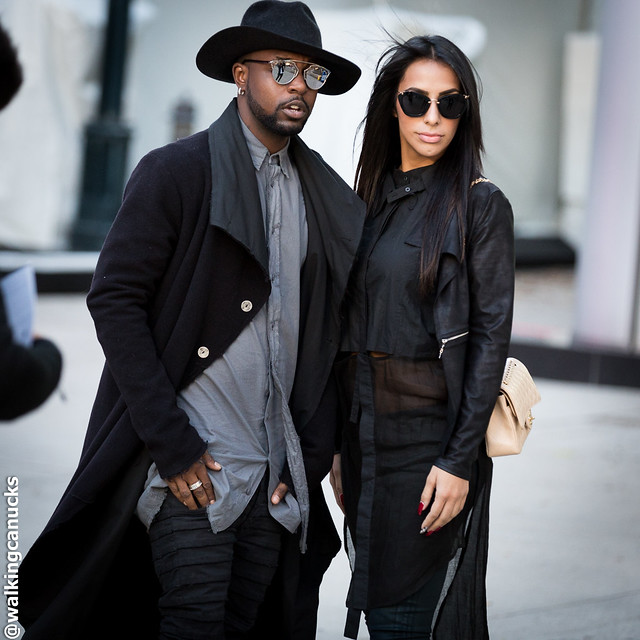 We sat down with the local Toronto designers behind the Peace Collective to learn more about the Toronto fashion industry and their clothing line that promotes their civic pride. For every shirt Peace Collective sells, they’ve promised to donate a month’s worth of school meals to a child in need through the World Food Program.

How you come up with the idea for the Peace Collective?

I don’t have a typical background for someone trying to launch a clothing line or a lifestyle brand. I went to school for biomedical science, graduated and then immediately started working in business development for a software company. But in my every day to day life I always felt something missing, like I wasn’t really expressing the highest version of myself. I always believed that creation was the highest form of spiritual connection a person can feel. I always envied artists, painters, photographers, designers. Really anyone that actually created something and put it out for the world to judge. Starting a clothing line is something that I have always wanted to do, but always convinced myself that I didn’t have the ability to do it. I had pretty much put the idea out of my head until one day when I read a book written by Blake Mycoskie the creator of “Toms” titled “Start Something That Matters”. The book opened my eyes to the limitless possibilities of giving back, and the concept of the “One For One Model.” A model that I strongly believe every company should incorporate. The one for one model entails donating a product or a tangible item for every product that is sold. Reading that book renewed my confidence and I decided to just go for it. That’s what the Concept of the Peace Collective is. It’s a collective of individuals who want to chase their passions and dreams while giving back to those in need 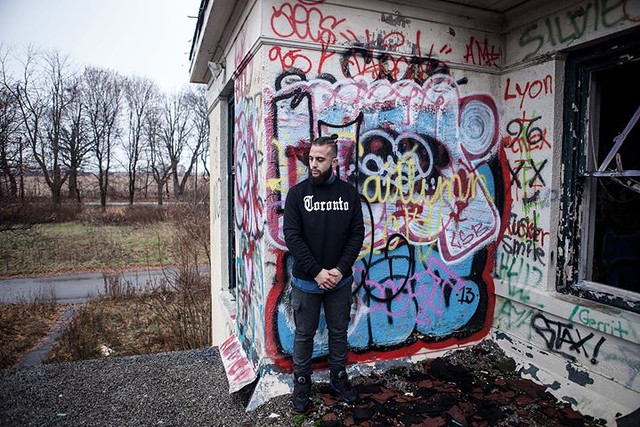 What defines “Toronto Fashion” for you?

For me simply put, style is individual expression. It’s a way of telling your story to the world without saying a word. It’s making a confident statement. So anyone expressing themselves and being confident about it is being stylish. One of the cool things about Toronto is how multicultural it is, everyone has their own style and their own image. It’s inspiring to just walk outside and just people watch. I don’t think there really is such thing as Toronto Fashion. It’s such a multicultural city and everyone has their own influences. 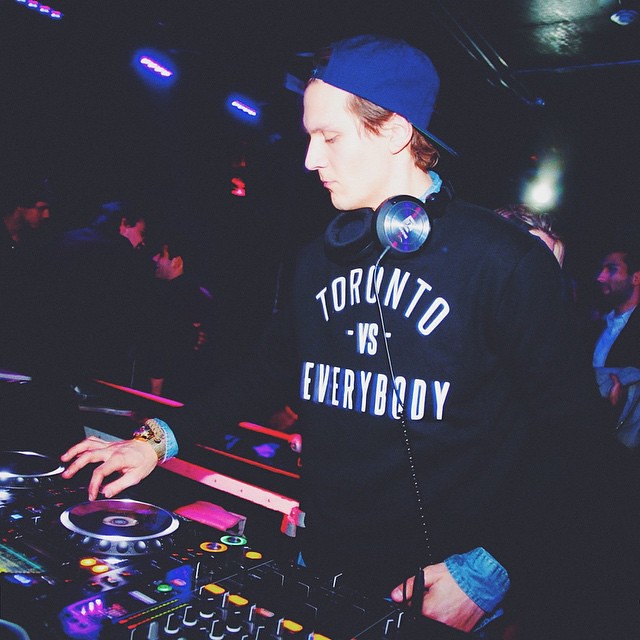 What kind of style are you designing for?

Most of the designs are current and in the future are very minimalistic. That’s the type of style that I like. Simple messages delivered in a clear and simple way.

In General, I’m a very minimalistic person in everything I do. I’m minimalistic in the way I live and the way I think, so naturally the designs reflect that. I let the quality of the garments and the brand itself does most of the talking. I’m fascinated with minimalistic design and try to study it when I have time. It’s like that Bruce Lee quote “It’s not the daily increase but daily decrease. Hack away at the unessential.” 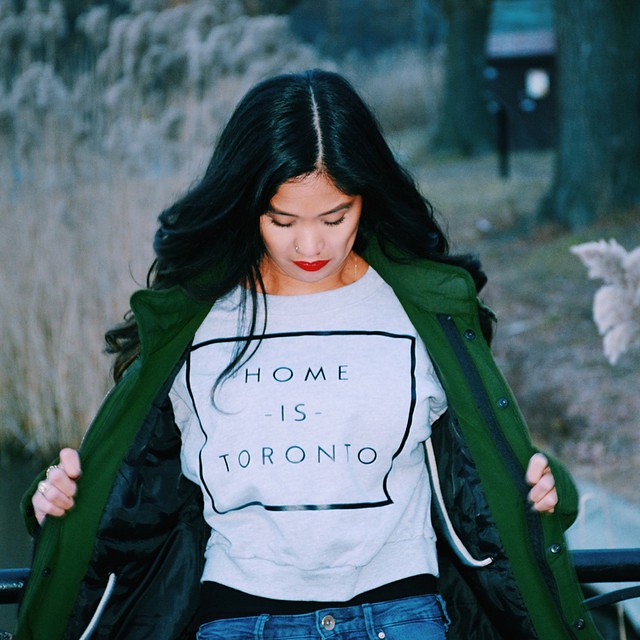 How did you come up with the idea of a clothing line that pays homage to this city with such catchy phrases like Toronto Vs. Everybody?

I think it’s a great time right now to be from Toronto. There is so much city pride going on right now and there are a lot of creative people in Toronto doing great things. You look at cities like LA, New York or Paris, and there has always been brands paying homage to those cities.

I think Toronto is just starting to catch up. This is such a great city with so much culture and I think the world is just starting to notice that I just wanted to play a part in expressing Toronto pride, and make some cool gear for people from Toronto to wear and be proud of. 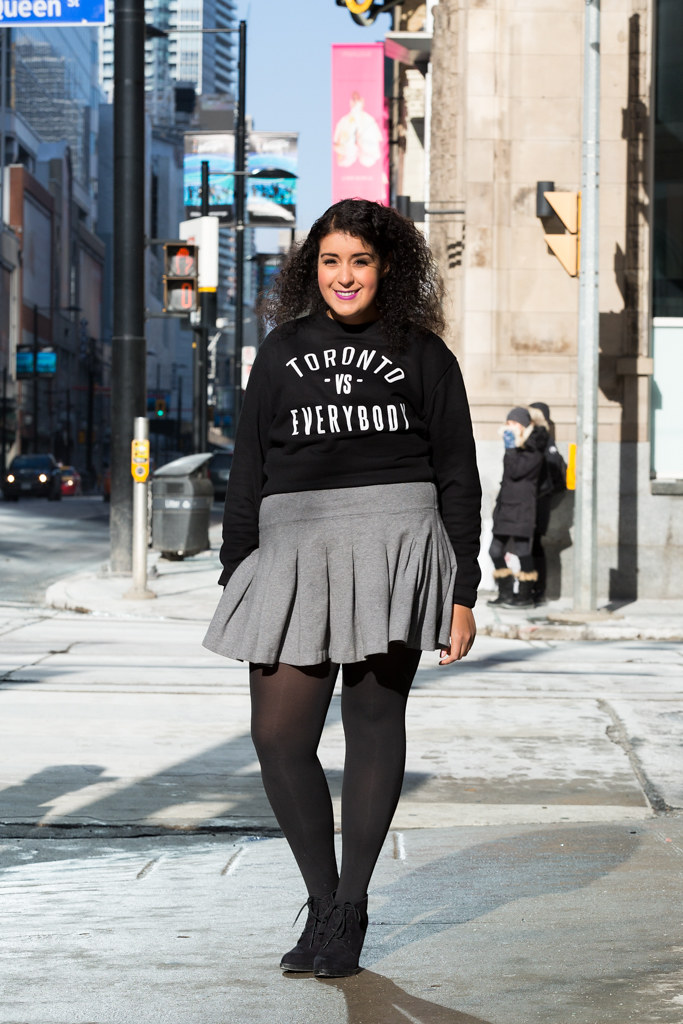 For more information on their clothing line and full collection, visit their website here: http://www.peace-collective.com